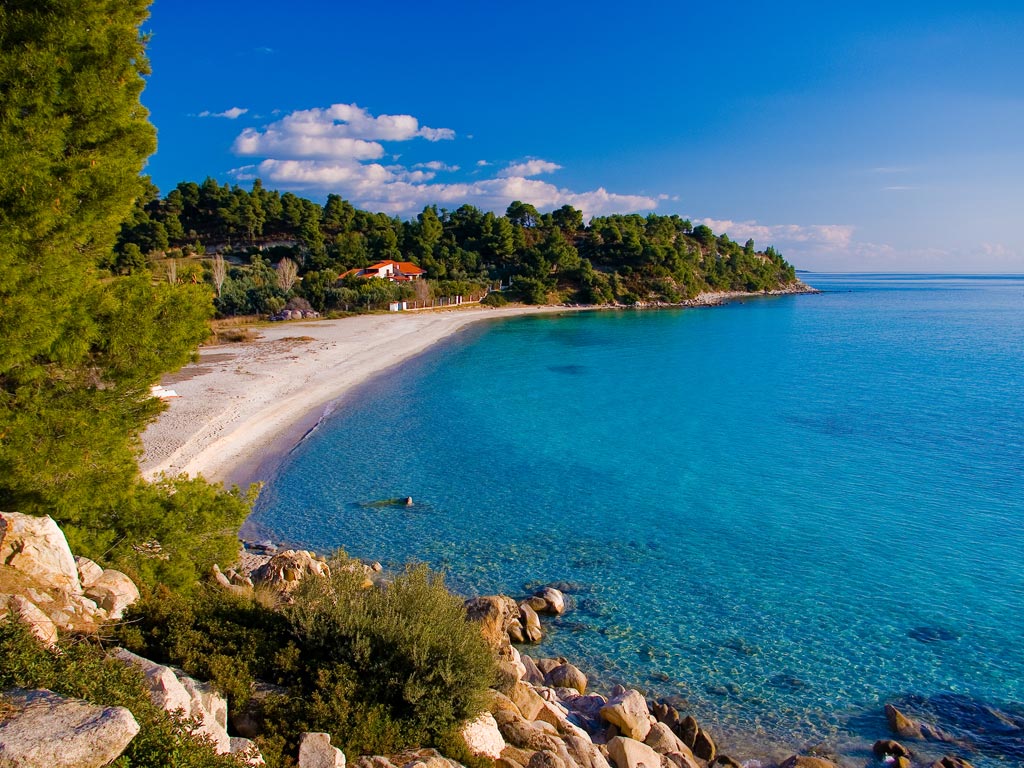 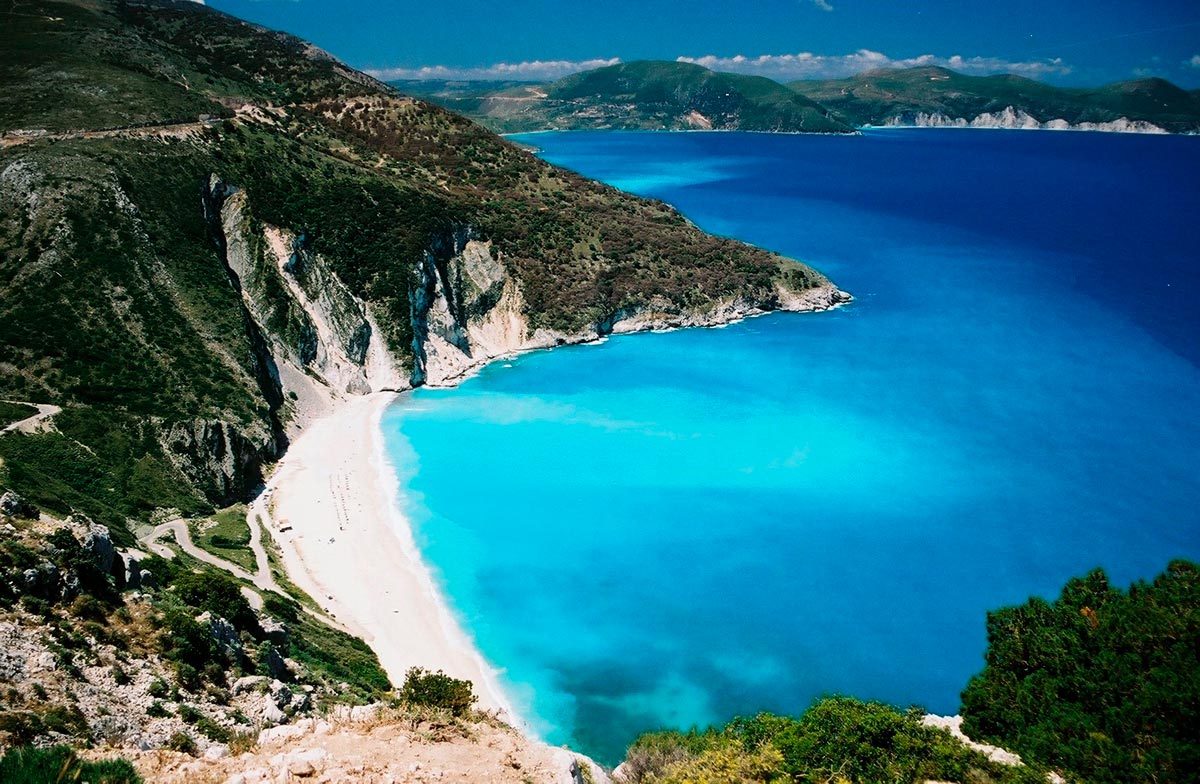 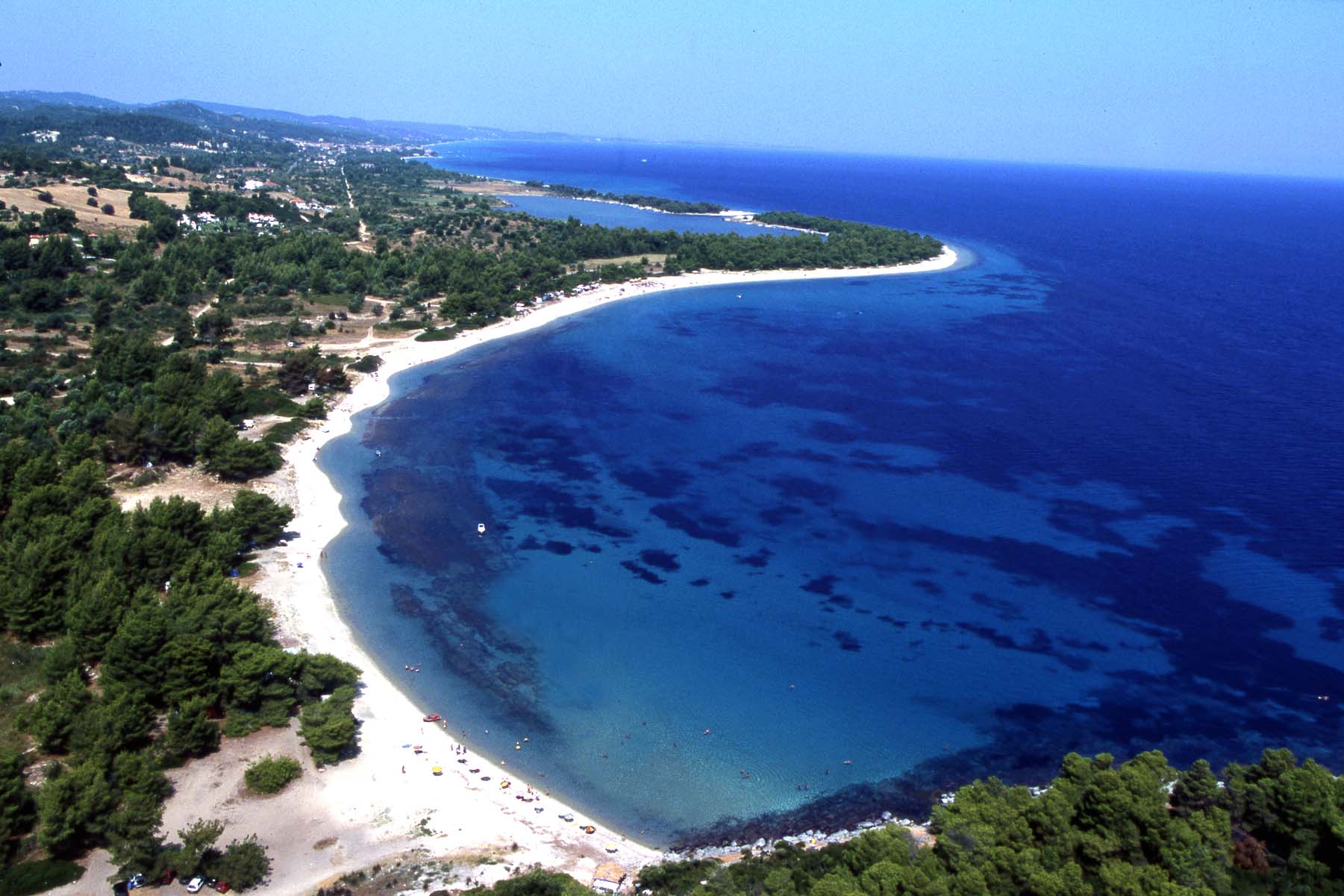 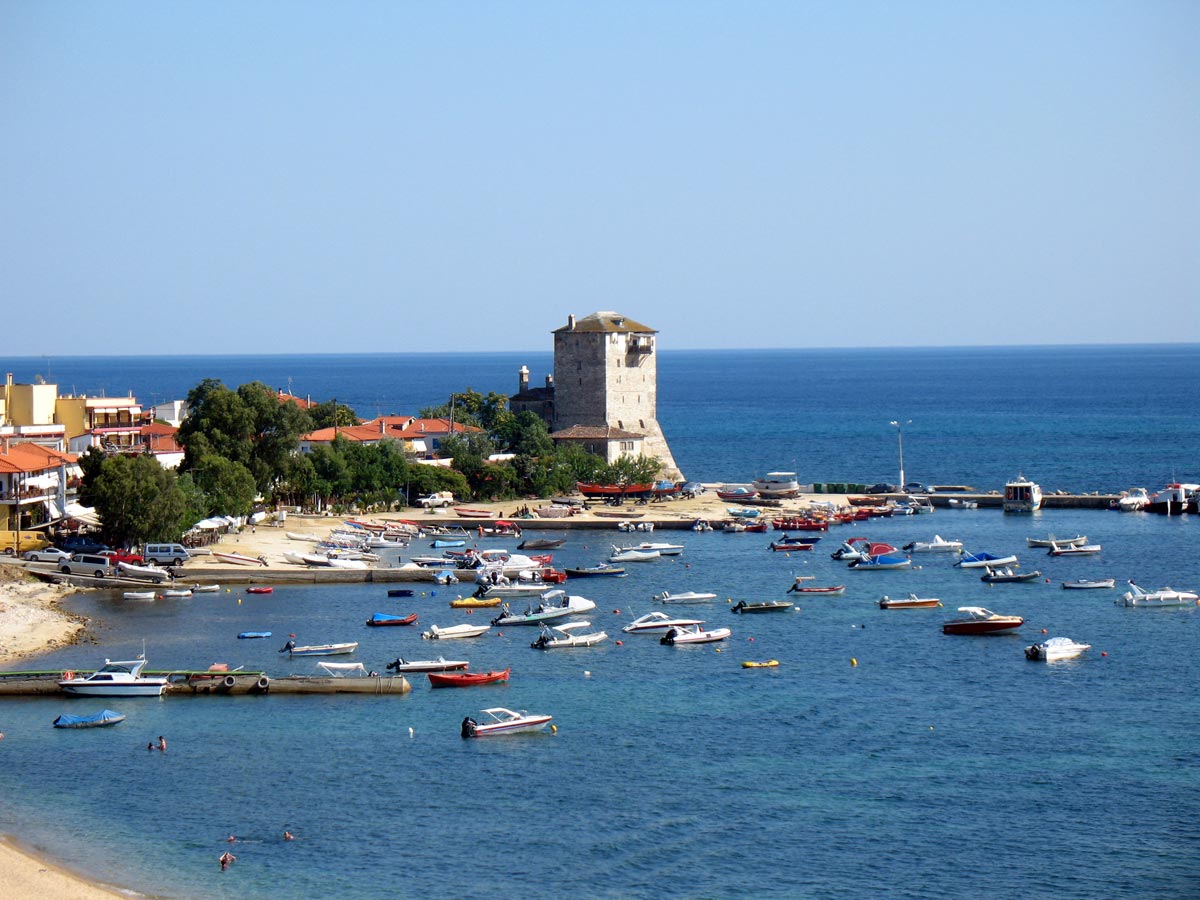 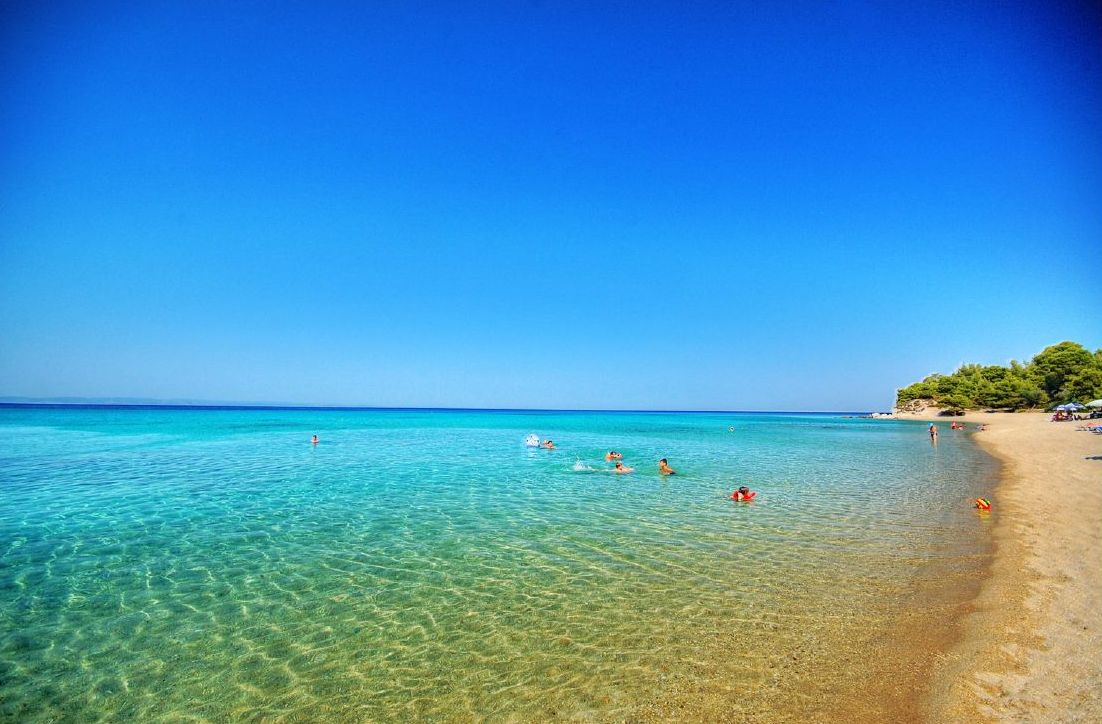 Chalkidiki can be called a paradise on Earth without exaggeration, currently being one of the most environmentally friendly tourism centers. Pine trees, sloping down from the hills and reflecting in the calm sea, give some uniqueness to the natural ensemble of the region.

Beaches of Chalkidiki are among the cleanest ones in Greece and equipped. In 2005, 34 beaches of the region were crowned in the Blue Flag award for cleanliness of coastal waters, safety and developed beach infrastructure. Almost all the beaches and resorts of Chalkidiki show excellent conditions for water entertainment - windsurfing, diving, etc.

At the beginning Chalkidiki referred to the capital of the peninsula, because of its close trading relations with the major Greek cities of Chalcis and Eretria with colonies built here at the beginning of the X century BC. The entire peninsula was called Chalkidiki at a later time.

The most popular of the “fingers” of Chalkidiki is Kassandra with its picturesque sandy beaches, pine groves and magnificent bays. Surrounded by Toroneos Bay on the east and the Gulf of Salonika on the west, Kassandra is truly a paradise. That’s why the main number of hotels of various categories is concentrated here.

Kassandra has rich historical past, disappearing into the depths of distant antiquity. The 3000-year-old Potidea played an important strategic role being quite a large city. Not far from this ancient city, in the time of Stravona (I century BC), there was a channel connecting Toroneos and Salonika gulfs. The history of the ancient city of Sani leads to the V century BC, when it was a thriving city where worshiped female deities and mainly Artemis.

Aphytis and Kallithea (VIII century BC) are known for their famous sanctuary of Zeus Ammon and Dionysus, the ruins of which have survived to this day. The combination of the ancient world with modern town with plenty of entertainment, magnificent scenery of the Kassandra Peninsula, and well-known hotels make this area attractive for hundreds of thousands of tourists from different countries.

The second “finger” of Chalkidiki is known not only for its pristine places, unusual beaches, small cozy harbors, coves and olive groves (where according to legend Persephone was abducted by Hades on Zeus's golden chariot), but also for comfortable hotels of any class with a variety of sports and other service. All this combined with the traditions of the “night life” in Greece will turn your vacation into an unforgettable trip. Together we can make a trip to ancient Greece and take a cruise to the Holy Mount Athos.

The third “finger”, Agion Oros (Athos), is best known for the world's only Orthodox monastic republic of Mount Athos with numerous monasteries, which has existed for 1000 years since Byzantine times. The rest of the region is very picturesque with high-class hotels.

For more information on the Chalkidiki peninsula, read the descriptions of Kassandra, Sithonia and Athos.