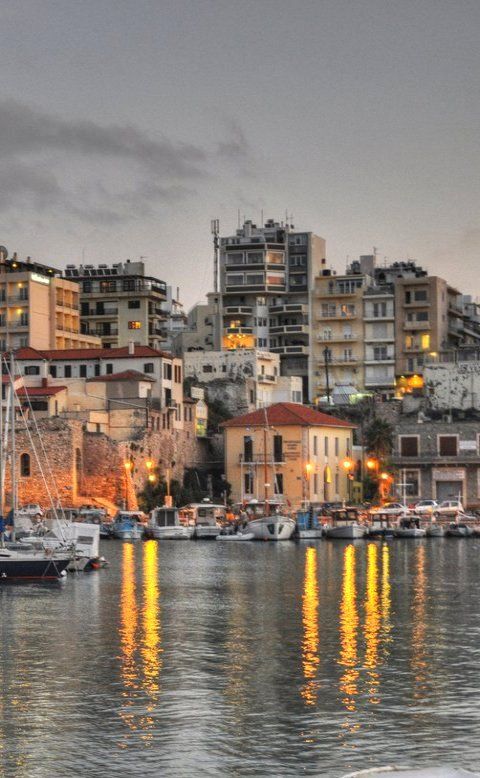 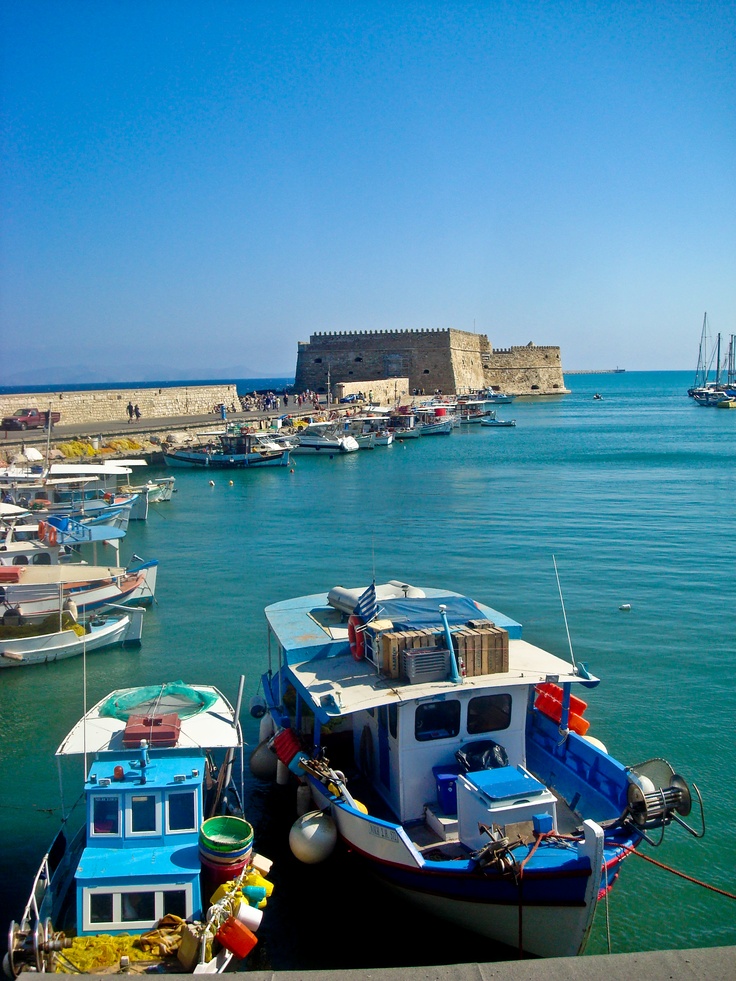 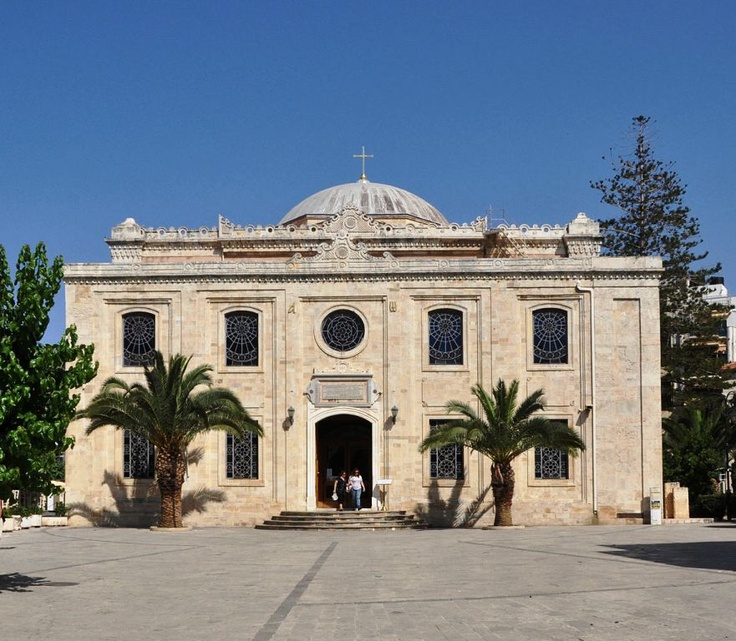 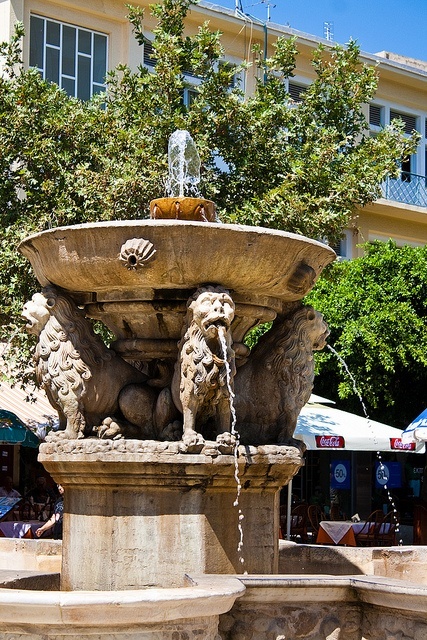 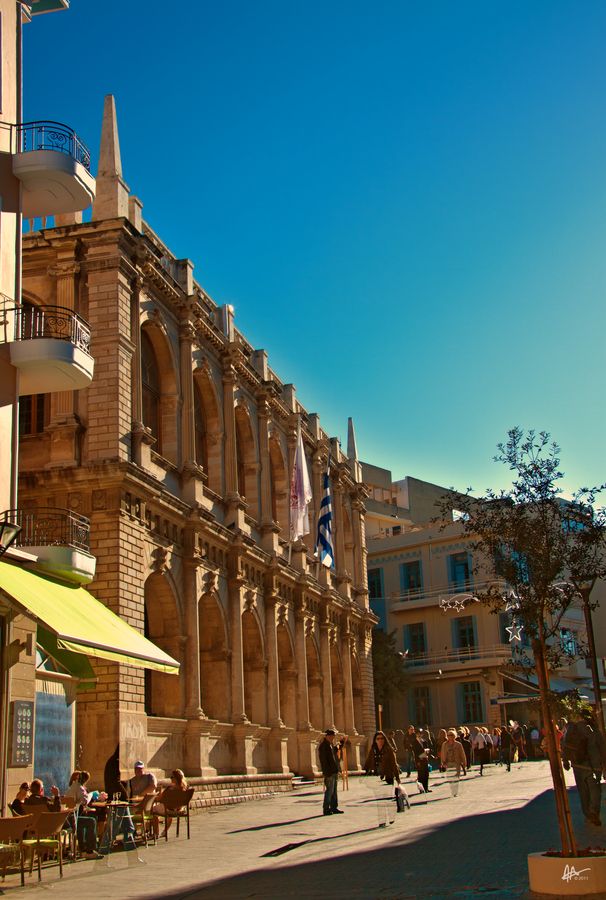 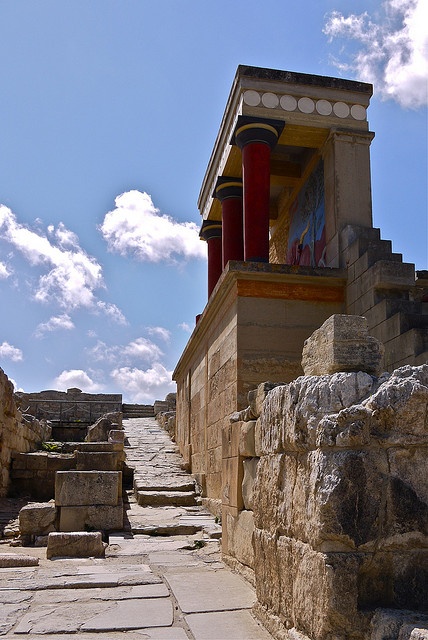 Heraklion is the largest city in Crete (and fifth in Greece) with a population of over 120 thousand people. Heraklion is the largest urban center in Crete, the region's capital and economic center of the island. The first European civilization - Minoan - flourished in this region about 5,000 years ago. Heraklion is a very dynamic and cosmopolitan city, especially in summer, when thousands of visitors can be seen in the markets, museums and near the city's attractions.

Heraklion is located along the northern coast of the island, 80 km from the Rethymno in the west and 135 km from Chania. Agios Nikolaos (60 km) and the city of Sitia (130 km) are located to the east.

As a modern city, Heraklion today has a well-developed tourist infrastructure. There are many hotels - from luxury ones to small youth hostels. Most of them are located in the Old Town.

As for entertainment in Heraklion, the options are almost unlimited. There are many fine restaurants, family taverns, cafes, coffee shops, concert halls and discos. As a business center, Heraklion has many shops selling clothes, shoes, jewelry, etc. Shops are open in the morning (from 9 am to 2 pm) and in the evening (from 5 pm to 9 pm), except for the evenings of Monday, Wednesday and Saturday.

The long history of Heraklion and its cosmopolitan character is reflected in the rich cultural life of the city. A lot of cultural events, music, dance concerts and theater performances, lectures, art exhibitions and more are placed on numerous private sites or in public places of the city.

The main cultural event in Heraklion is the summer festival, organized by the municipality. This is the three-month fairy show of music, theater and dance from the Greek and foreign artists. Most concerts are held outdoors in open-air theaters, which were built instead of the bastions of the Venetian walls. The city municipality also organizes the annual parade and Mediterranean Arts Festival (25 September - 05 October).

As the most Greek cities, the old city of Heraklion is full of history. There is the Lion’s Fountain (built by Venetian Governor Morosini in 1628) in the central square, surrounded by cafes, shops and restaurants. The Bembo Fountain in Kornaros’ Square is recognized as one of the most beautiful fountains of Heraklion. The City Hall can be found today in the Venetian Loggia, next door to the Church of St. Titus - an exceptional monument of the Byzantine era. Venetian walls around the Old Town meet at the old harbor near the Venetian Koules Fortress.

It is certainly worth visiting the archaeological site of Knossos, the legendary labyrinth of the Minotaur, the Archaeological Museum of Heraklion with lots of findings of the Minoan era, the Nikos Kazantzakis Museum. Pay attention to the Historical Museum of Heraklion and the Museum of Natural History. It is also worth visiting the ruins of the ancient city of Phaistos with the palace, built by King Minos.