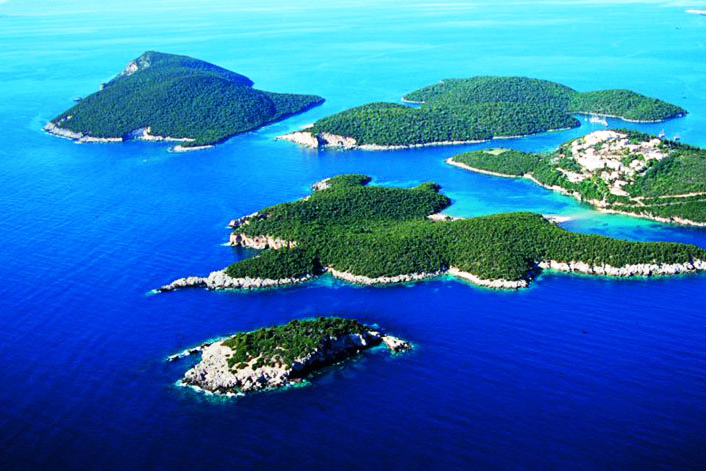 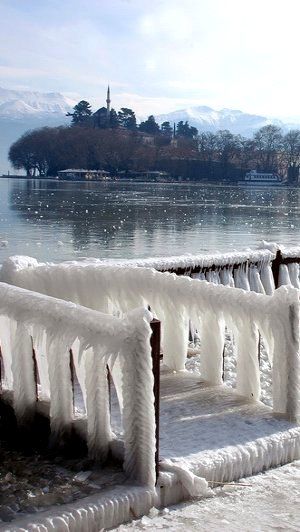 Epirus is a historical region in the north-west, at a distance from the azure, sun-bleached Greek coast. Epirus is a spectacular mountain area located in the heart of the largest mountain range in Greece. This district is characterized by limestone sediments and deep river gorges of the mountain range of Pindus.

In ancient times this land was considered the border of the civilized world because of the rather cold climate and mountain environment, which contributed to the growth of semi-isolated medieval villages built by artisans and merchants returning from abroad. Local rock stone and wood were used for the construction of truly stately homes with smooth cobblestone streets, solid walls and slate roofs harmonizing with the surrounding woodlands.

Decline and revival of Epirus

The remoteness and isolation that once served as protection for this area have undermined the carefree existence of the region in XX century. The ravages of World War II and the subsequent civil war, along with poor communication, lack of adequate means of subsistence and government neglect have led to mass emigration. By 1970, many villages of Epirus were in a state of severe economic and social decline. Only in the early 1980s things began to change for the better. The government began to invest in the national economy of the region, establish regular flights to Ioannina (the administrative center of Epirus) and build modern roads. New features were noticeable in the area of ​​Zagori. They have restored many monuments and even entire villages as unique traditional settlements.

Located on the shores of Lake Pamvotida, a little away from Mitsikeli mountain range, Ioannina (the Greek name of the city) remained one of the great cities of Greece for more than 1000 years. It was called the beacon of Greek culture, the pearl of Epirus, and in the XIX century the city became the last refuge of the infamous Ali Pasha. Today, the city remains one of the busiest regional centers of Greece.

The modern city of Ioannina forms a contrast to the medieval city’s fortress restored by Ali Pasha in 1615. Kastro fortifications reflect the colorful history of the city in the best possible way. There is also the former Aslan Pasha Mosque, which is currently transformed into the Municipal Ethnographic Museum with various collections of national costumes of Epirus inhabitants, jewelry and relics of the large Jewish community of the city.

Arta (known in ancient times as Ambracia) is the capital of the eponymous municipality of Epirus. The most important landmark of the city is the cubic building - the church of Panagia Parigoritissa, dating from the late XIII century. The dome inside the temple is decorated with splendid mosaics depicting the Christ, Gothic arches and sculptures of amazing beauty. Arta is also known for a bridge over the Arachthos River, famous throughout Greece for its unique architecture.

Metsovo is famous for its picturesque houses, crafts, production of cheese and traditional costumes which are still popular among some of the older residents of the town. Visit the Museum of Folk Art in Metsovo and explore the examples of traditional clothing, furniture and carpets. Unlike many Greek mountain villages, local rich made generous donations for the promotion of local industry. For example, Metsovo can offer a great ski resort with dozens of hotels attracting customers in this picturesque place.

Sivota is a beautiful seaside town surrounded by pine forests, cypress and olive trees. It is located in the region of Thesprotia, on the Ionian coast opposite Corfu, which can be seen from the harbor. Natural beauty of Sivota attracts both Greek and foreign visitors. There are many excellent traditional taverns and cafes where you can taste the best dishes of Greek cuisine. There is also a good selection of shops and supermarkets. Here, in Sivota, you can find the amazing beaches and green islets near the bay. All the beaches are mainly covered with pebbles, and the water is the cleanest in Greece.

On the west coast of Epirus, to the south of Sivota, there lies the town of Parga which was built as an amphitheater. Here, you will be welcomed by houses in a traditional Venetian style and narrow cobbled roads. Parga is one of the most beautiful tourist destinations in Greece. This is a very picturesque resort with crystal clear sea and lots of sandy beaches. Parga has a beautiful harbor with colorful boats that can be rented for day trips. The most popular beach in Parga is Valtos, which can be found on the other side of the bay. This vast beach of Parga can be reached by boat or on foot through the pine forest around the bay. Traveling around the city, you will see many small traditional villages. Green hills and Venetian style give the city a special charm.

The road to the north-west of Ioannina leads to Zagori - Epirus region, which includes 46 picturesque villages (Zagorochoria). The villages of Zagori are different: eastern ones are populated mainly by Vlachs - ancient people who speak Roman language. Western and Central Zagori are more influenced by Slavic/Albanian culture and architecture. Zagori has unique landscape: steep rock walls, limestone ravines, dense forests, green pastures and deep canyons. National Park of Zagori includes the Vikos Gorge (the deepest gorge on earth) and the 8-km-long river Aoos - an ideal place for professional rafting.

Epirus area is among the most popular tourist regions in Greece. Travel lovers will be able to make hundreds of wonderful photos of local scenery, watch the life of local people and admire the tandem of the Greek and Turkish culture, which are closely intertwined in this beautiful corner of Greece.